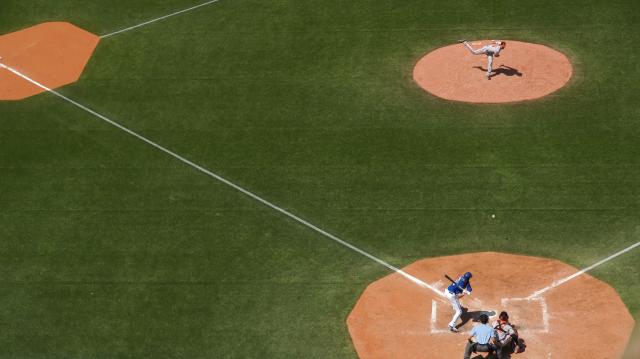 Baseball remains the only professional sport I know well enough to follow a game. Via countless games of Pepper, I learned to swing and connect bat to ball. We followed the NY Mets, as two of my father’s aunts worked in the team’s office. My father’s love of the game piqued my interest, which I indulged by reading baseball biographies and histories. Of all my baseball reading one book stands out— Today’s Game by Martin Quigley, written in 1965.

At the age of thirteen I pulled the book from the shelves of Redland Junior High School. This random selection yielded a gem of a book that captures the essence of the game. A drama of one player against another unfolds during the course of any baseball game. Pitcher to Batter, Fielder to Runner, Manager to Manager. In re-reading this book, I found it held up to my recollection. The book conveys the everyday baseball drama, from the planning to the playing stage. During the narrative the author inserts scenes in which reporters, the manager, and visiting dignitaries pontificate on the game, with the older players’ sage wisdom handed out like a Cracker Jack prize.

Over half of the book occurs before the game, and Barney Mann provides the narration. As manager of the Blue Jays, Barney had recently requested a trade of the pitcher Jerry Adams, age 37, for the Warriors’ outfielder, Bill Wellington–age 24. In making this decision, he has damaged his friendship with Jerry and created mistrust among the older players as he builds a younger team. Since the trade, the Blue Jays have been on a nine-game losing streak and Wellington is in a hitting slump, too. On the morning of the second game between the Blue Jays and the Warriors, Barney wakes up knowing that he needs a strategy to defeat Jerry Adams, the opposing pitcher. It’s not just the game that’s on the line, but his career as manager. Throughout the day Barney struggles to remain focused on “A game” versus all the pressures making it “THE game.” “It’s the game.” Barney: “Why do I do what I do and care so much? There must be some way to make myself believe it’s just a game played with a ball.”

In discussing the situation with a reporter over morning coffee Barney makes this observation on luck:

“But the slump or loss of an individual player doesn’t hurt a ball club as much as a streak of bad luck. Luck and breaks—good and bad—run in streaks in baseball the way they do in cards or dice. In the last few weeks we’ve had more than our share of bad breaks.”

Paulson, the reporter, presses Barney on the importance of this game and Barney challenges him on why it’s important. Paulson’s response:

“It’s because we know what the game is and who you are. We sit in the stands and look down and watch you struggle, man against man, and man against the fates. Perhaps you are to us what the demi-gods and heroes were to the ancient Greeks, and perhaps baseball is to us what their theater was to them—a drama with familiar heroes in familiar situations.”

Barney formulates his strategy. He uses his knowledge of Jerry Adams and the weather’s effects on baseball in picking the lineup and establishing the fielders. He plans to start the lineup with his slower, older, left-hitting players against the lefty Jerry. He ends with the speedy young players. Dandy Crum reminded Barney of Jerry Adams’ weak left knee—“Bunt him down the third-base line.” Once Jerry is out, he will put in his younger players to beef up the defense, which has holes with his older players. He knows the dry, thick air will favor his 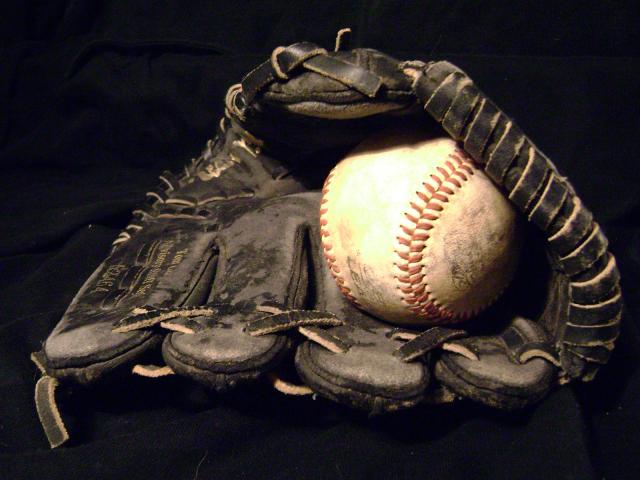 pitcher’s curve-ball over Adams’ specialty: the fast ball. He will request all his fielders to play in a few steps. The wind direction from the NW directs his decision to switch his outfielders a bit to have his younger players cover more ground. He has a talk with Wellington to address the slump; Wellington has been trying too hard. Barney passes on a quarter that he was once given to him as a younger player “Take this quarter and go out there and give me two bits’ worth today…”

Quigley’s gift as a baseball writer comes in capturing the anticipation of a game, from the fans to the players–as evident from these excerpts:

With the finishing strains of the Star Spangled Banner…“The fans applauded and cheered, not so much for love of country and its victorious past as for their anticipation of the struggle that was now to commence before their eyes.”

In their first at bat Adams prepares to pitch to Norman: “…unanimous selections for the Hall of Fame when they became eligible, were facing each other as enemies for the first time in their years of baseball. This classic frieze came gracefully to life as Norman swung his bat easily and returned it to cocked position while Adams dipped into his wind-up.”

As the game unfolds, Barney’s strategy shows that it is working. They wear Jerry Adams down and they lead by six runs when Adams retires. Then the Warriors’ manager surprises him by bringing in another left-handed pitcher. Barney debates on changing up the line-up as he planned–bringing in the younger players. He leaves in the older players and pays the price when the Warriors blasts hits through the infielders. Score’s now tied, damage done–the Blue Jays need to recover. The mental challenge in every sport is recovering. Barney muses, ”I’ve got to play over this mistake…it is simple but tough. You have got to be able to play over the mistakes.”

Staying present in the moment requires the manager to play over his mistakes and move forward. The novel chronicles only one game: today’s game—the author keeps you on pins and needles to the very end. Barney leads his team to victory; they remain in contention for the playoffs. In managing his team, Barney knows it comes down to the following: “In baseball, the opportunity to win or lose is all a player can ask for—and all that he can be given.”

Dear Reader, please share your comments and stories that are sparked by this piece. Do you have a favorite Sports book? Do you play a team sport? See Contribute for how you can share a story at The Engineers’ Daughter.