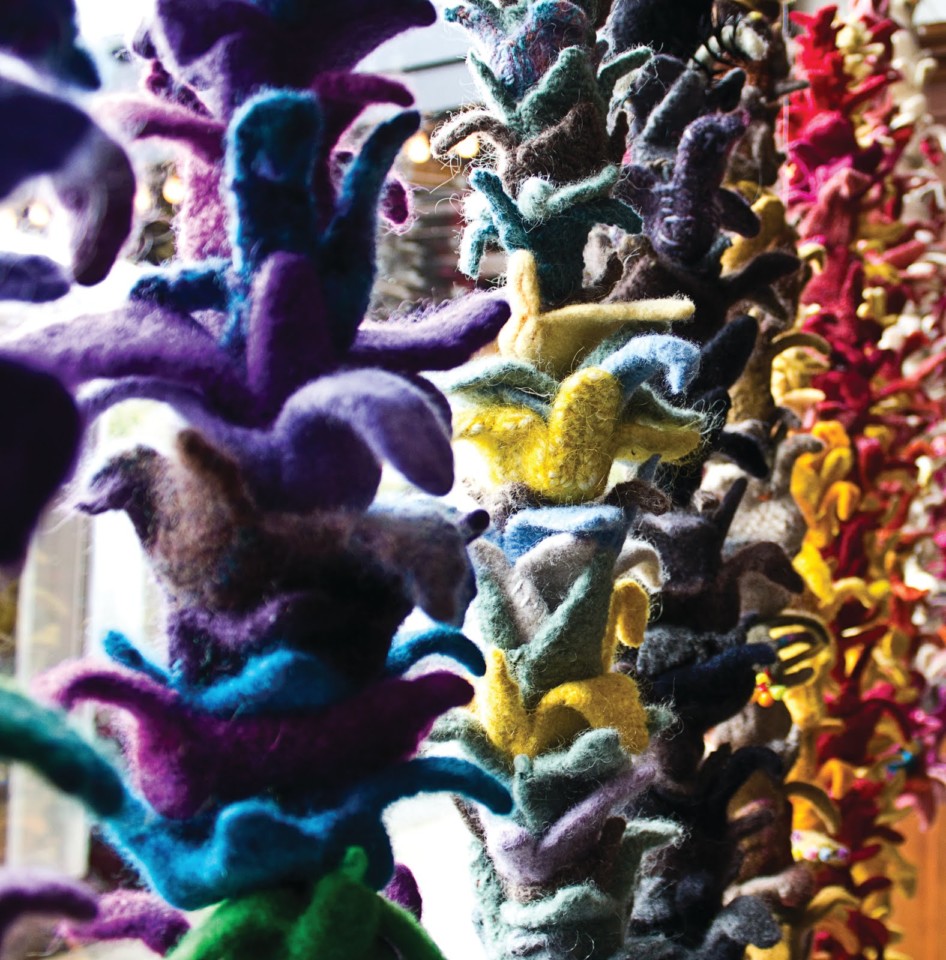 I learned to knit in third grade. A hat and scarf of psychedelic green and orange resulted from my efforts; the colors well indicate the 1970s. Many a gift has been knit for friends and family over the years. As noted in a previous post I have participated in charity-based knitting efforts. In the past ten years I have begun to participate in community-based art knitting projects. Some political, some personal–all knitted by hand.

A Crane–is a symbol of longevity; seeing one thousand cranes hanging from the ceiling in 2010 brought a sigh of satisfaction. This project was inspired by the Japanese legend that folding one thousand cranes grants the creator a wish; in this case a wish for peace. Seann McKeel originated the project, Knit Not War, in 2006. I committed to knit, felt and sew ten cranes. I knitted the cranes following the supplied pattern and then I learned to felt. It turned out my front-loading washing machine provided inadequate agitation. Fortunately, my friend Kathy had a top loader. With the final one folded and tacked, I dropped off my creations off at the yarn shop, Lint.

A Square–is a building block for something larger. Many an afghan have been constructed by squares. My square for a mural of 10 by 10 squares, entitled “You Are the Chosen One,” went on display in September 2011. I designed my square in homage to the maternal Irish American women in my family. The words I wrote to accompany the piece discussed the lessons they taught by example.

A Pussy—I eventually succumbed to the siren’s call to knit pink hats with ears. The designer’s goal: a sea of pink kitty-eared 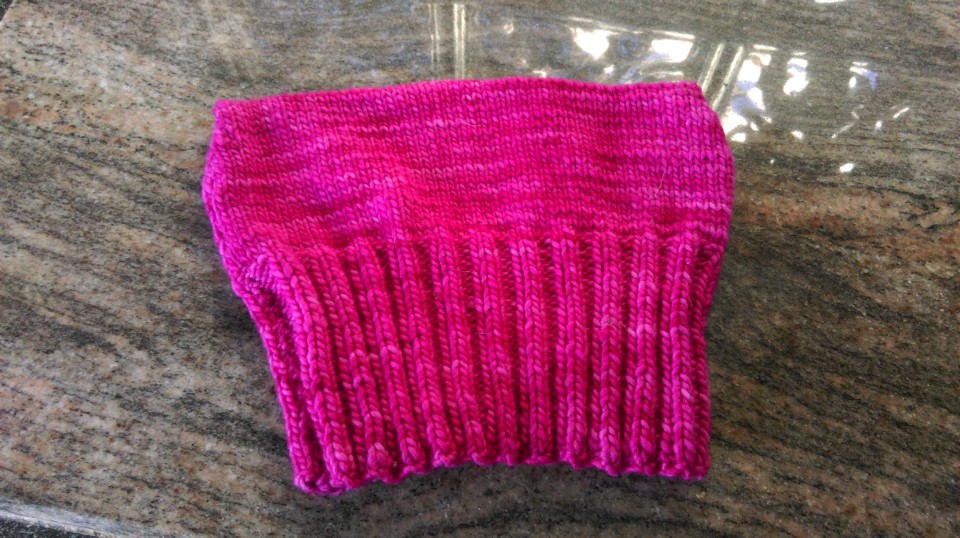 marchers on January 21st, 2017, for the Women’s March on Washington. I registered the eight pussy hats sent to my sister and niece in Maryland. They found marchers for the other six. A cat-loving friend in Ottawa, Canada asked for one, I set one aside and mailed it. I kept knitting and found friends participating in the Portland March to wear them. Was this a community based art project?–perhaps a stretch.

None of these projects made me feel like a cog in a machine, which can often happen in today’s world. Knitting a piece for an art project represents the antithesis of cogs and machines.

Dear Reader, please share your comments and stories that are sparked by this piece. Have you participated in a community-based project? Think about volunteer work in your community; I’m interested to learn what you do. See Contribute for how you can share a story at The Engineers’ Daughter.