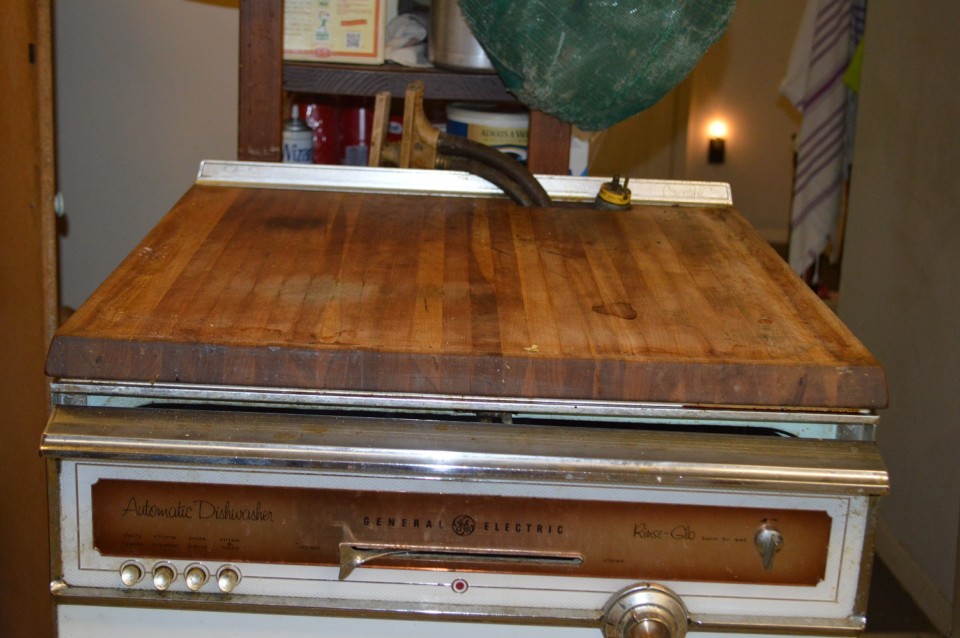 By the third child my parents invested in a portable dishwasher. In the mid 1960’s, these time-saving appliances had begun to become more popular with households, though not all newly built houses had dishwashers. Hence, the first house my parents bought did not have a dishwasher. As I began attending elementary school in Northport, NY, I also began filling the dishwasher and assisting with emptying it. The dishwasher came with a wooden butcher block top so it doubled as another working area. Kitchens built in the ’60s and ’70s lacked counter space.

When we moved to Maryland, the house we rented and the house my parents bought both had dishwashers. The portable dishwasher now doubled our capacity. This came in handy, as with the arrival of the fourth child, one dinner could fill up a whole dishwasher. Also, the second dishwasher fulfilled the redundancy principle that seemed prevalent in the Meixner household, as noted in Dinner Time Processes—Take 1. Equipment breaks–always good to have a second one on hand.

We rotated which dishwasher we used, and by the ’70s I became tall enough to connect the portable to the kitchen faucet. Eventually, the portable dishwasher no longer washed properly; though by this time all the children had moved out of the house. Hence, the stress on meal time clean-up had been significantly reduced. My Dad took to using it for storage of the mired collection of plastic food containers. Recently I asked my Dad why he still has it. His response: “It has a wood working surface which comes in handy if I need to bang something.”

In the Meixner household, if it still serves a purpose you keep it. Age does not come into the decision. So I raise my glass to our 50+ year-old dishwasher.

Dear Reader, please share your comments and stories that are sparked by this piece. For instance, do you have an old appliance hanging out in your house or your parents house? See Contribute for how you can share a story at The Engineers’ Daughter.