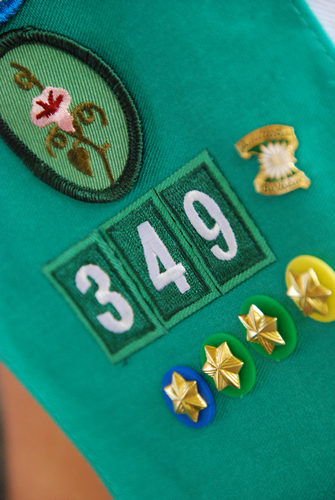 In Northport, New York, I joined a Brownie Girl Scout troop. Vague memories float in my mind about meeting at the church after school and doing craft projects. Then we moved to Cherry Hill, New Jersey.

This was the fourth move in my eight-year-old life. In my third grade class some kids mercilessly teased me. Years later, Mom informed me that I had been placed in a class that had been together in second grade with the same teacher. My Brownie troop provided a refuge; the girls played nice. For some international celebration we became kimono-wearing Japanese girls with paper parasols, our dance clever enough to warrant performance at a second venue.

One year later we moved again, this time to Derwood, Maryland. A new neighborhood, new school, starting all over again making friends. Mom inquired about Girl Scout troops for her daughters. My sister Margaret had reached the age for Brownies. A Brownie troop existed, but she discovered that the Junior troop was leaderless. She decided to jump in and be the leader. For an assistant leader she found a college age woman, Leslie Glenn. It became a five-year tour of duty. 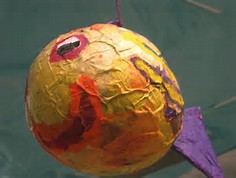 Decades later, Mom disclosed that her motivation for becoming a leader had been my plight as the new kid on the block. With her concern for my making friends, she considered leading the troop. With four children and the possibility of needing to work as a substitute teacher if Dad became unemployed, she didn’t need to add another responsibility. In this case it would be the responsibility of roughly 20 nine- to 12 year-old girls. She considered, though, her eldest daughter. The burden of yet another new school would be more bearable if I had another venue to make friends.

I remained in Girl Scouts through high school, making friends, growing confident and venturing forth. I owe a debt to my Mom for supporting my younger years in scouting.

Dear Reader, please share your comments and stories that are sparked by this piece. For instance, did a parent make a sacrifice of time to provide you an opportunity? See Contribute for how you can share a story at The Engineers’ Daughter.