My parents, Betty and Ray, met in New York City at Newman Club, a Catholic social group for young adults. They also had a mutual interest in the nascent sport of downhill skiing. Some of the Newman Club members planned ski trips; it was not a formal club per my Dad’s recollection. 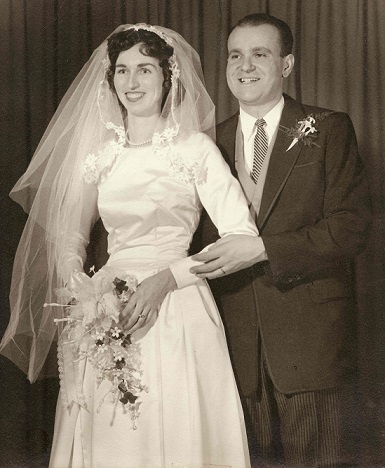 My maternal grandmother, Elizabeth, told me this story about their meeting on an Appalachian ski trip: during the trip my dad’s ski pants had a tear along a pocket seam. When he announced his dilemma, my mom volunteered to remedy the situation. The story illustrates the practical nature of my family culture–Dad knew to ask for help and Mom had packed a small sewing kit, just in case.

Both parents proved to be skillful with their hands. Mom with needle-based crafts (learned by watching her mother and grandmother,) and Dad with handyman skills, learned at the knee of his building superintendent father.

Dad further honed these skills at Brooklyn Polytechnic High School, one of the six magnet schools in the New York City school system. While my dad attended public schools, my mom attended Catholic schools. For high school she attended the girls-only Dominican Academy in Manhattan. 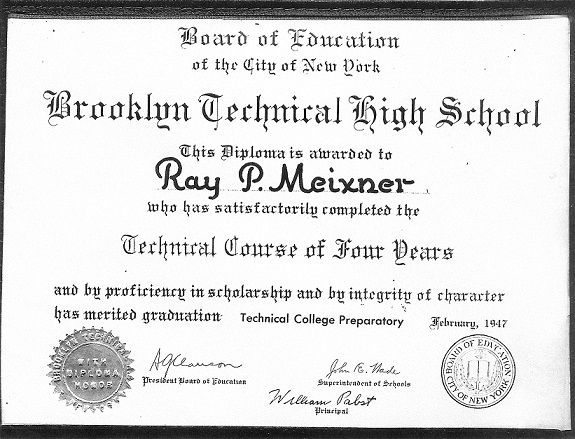 Both parents excelled in math and science and continued that focus in college. While Mom majored in math at St. Joseph’s College for Women, upon graduation she earned a science medal. She went on to post-graduate studies in mathematics at the University of Minnesota. 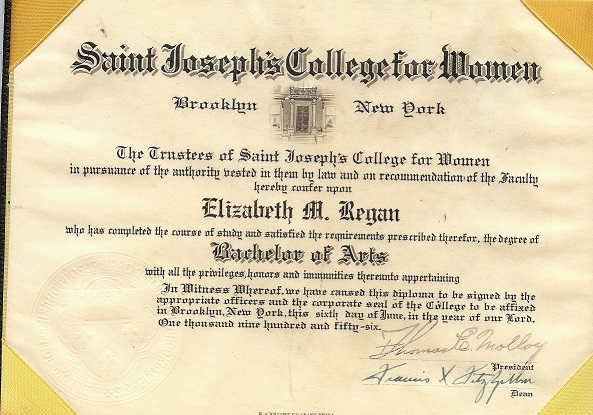 Though they experienced totally different school environments, they both commuted to college from their family homes. Dad hailed from Sheepshead Bay and lived on Gravesneck End Road. Mom traveled from the edge of Flushing on 166th Avenue, just off Francis Lewis Boulevard. 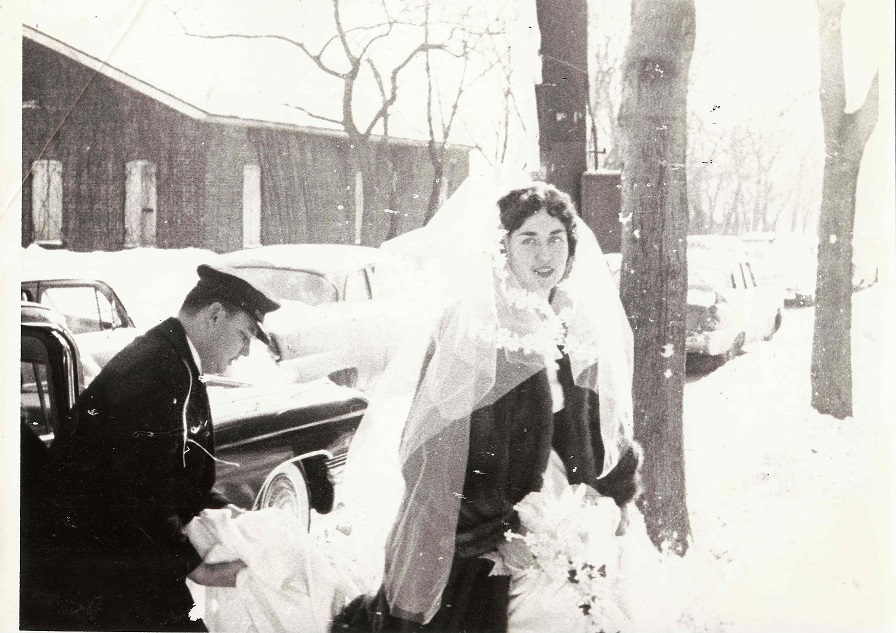 As products of their time (The Great Depression and World War II,) they spent their money wisely. Yet, they invested in having fun. This brings me back to skiing; as you can see from the wedding photos, my parents married between snowstorms, on January 28, 1961.  The wedding date had been motivated by their honeymoon plans to ski at Stowe, Vermont. I tell people the Meixner children were born skiing–my parents enjoyed the sport too much to stop.

Until recently, I hadn’t told folks that both parents worked as engineers. I can’t pinpoint the reasons for the delay in making such a statement. My mom did not discuss much about her early work life; growing up, Mom taught Math and Science as a substitute teacher. My dad, Raymond Meixner, started his career working with early microwave devices called Klystron tubes. My mom, Betty Regan, supported factories with time studies, industrial engineering work. Most likely she didn’t officially have the title “Engineer.” Today, women engineers continue to be viewed as unusual in the workplace. The numbers have significantly increased since the time my mom worked, in the late ‘50s to early ‘60s.

My Mom worked until she gave birth to me, the eldest of four. Of their four children, I am the only one to pursue engineering as a profession. Both parents worked as engineers: I am their daughter, and, I, too, became an engineer.

Dear Reader, please share your comments and stories that are sparked by this piece. For instance: what in your upbringing provided some motivation to pursue a career in technology? See Contribute for how you can share a story at The Engineers’ Daughter.