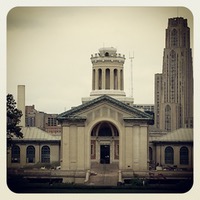 Moments do exist in an engineering career when you question yourself. Am I in the right place? Am I good enough? Sometimes it gets bad enough that you fall into Imposter Syndrome. Firmly, I believe everyone has these moments. If they say they don’t then they are lying and don’t seek them for advice in the future. Graduate school in particular can be an environment that fosters such doubts. To work through such doubts, you need to not only look inside but look to others to bolster you.

Despite being awarded a one year GE fellowship I had doubts during my first semester of graduate school. I had signed up for three graduate level classes that included digital VLSI circuit design, analog VLSI circuit design and stochastic processes. The latter ironically was my easy class because I had taken this material in my undergrad and masters. I needed familiar ground in one class while I grappled to ramp up on VLSI design. The students who had gone straight to graduate school were much younger, some of them had even attended CMU. I had a new city, new work environment, and those three classes. I became overwhelmed.

The thing about graduate school is that you aren’t alone, you have a cohort of students in the same situation.  Some more closely like us than others.  There were at least three other IBM employees like myself who had taken a leave of absence to study for a PhD. In his early forties, Tom had been involved with Test at IBM from the early days. We knew some of the same people and we shared an office. He too had Wojtek Maly as an advisor. John Cohn was interested in analog design issues. While I regularly commiserated with Tom and John; Brian Ebert gave me a boost one crucial evening.

We resided on the same floor in Hamerschlag Hall. While I held a research assistantship Brian held a teaching assistantship (TA). He earned his keep by supporting teaching of an undergraduate ECE glass. Brian had a background as a carpenter and became fascinated with computers by observing how a computer saved hours of his wife’s time in the lab. He shared with me his motivation to study computer engineering “Hey this is a really useful tool I want to know more.” His wife’s acceptance in to medical school at the University of Pittsburgh prompted his application to CMU’s Electrical and Computer Engineering Department.

One evening in the halls of Hamerschlag I shared with Brian my doubts about being here. Brian then shared his own story of coming to grad school. Brian’s application had not been initially accepted. There existed only so many slots with each professor.  People do apply to multiple grad schools and slots can free up. It takes talking to professors to find out. Brian took the initiative to visit several professors at CMU including Wojtek Maly (my advisor) and Don Thomas (who eventually took him on with a TA appointment). He recalled his conversation with my Wojtek. Brian shared with me that Wojtek had made me an offer and that if I accepted that he would not have room for another student. Brian really stressed how excited Wojtek was about having me as a student. This really helped me through a time of doubt.

Dear Reader, What memory or question does this piece spark in you? When you had your doubts about your career what pulled you up? Please share your comments or stories below. You too can write for the Engineers’ Daughter- See Contribute for more Information.