Expertise in a field could be viewed as much as a weakness as it is strength. You become so focused on the current problem at hand that you don’t question the fundamentals. To counter that thought– learning a new field gives weight to the adage “never assume.” In the case of Ellipsometry and Dean Chandler-Horowitz: realizing your ignorance, you teach yourself the subject matter by applying fundamentals. This enables you to see something “new” and you discover an important fact that has been overlooked.

Via internships at the National Bureau of Standards (NBS, now NIST National Institute of Standards and Technology,) I supported two scientists from June 1982 through December 1983. Under the Department of Commerce, NIST can be viewed as an independent body that supported commerce by conducting engineering and scientific research and providing standards by which equipment and methods could be assessed.

Working under the Semiconductor division, Dean Chandler-Horowitz and George Candela had been tasked with building an ellipsometer with two major goals: 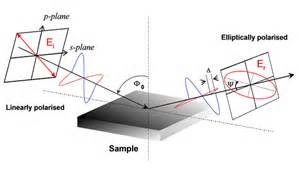 Ellipsometry enables the measurement of thin layers of material by analyzing light bounced off the material (see side bar to explore more.) Such measurements enabled engineers in the semiconductor industry to assess process steps.

George and Dean designed the ellipsometry system to use computer control motors for the polarizer and analyzer filters. In the early ‘80s, computer programming was not a skill widely available. At the University of Maryland, I learned Fortran IV and Fortran 77. With these programming skills, I joined the team to program the DEC VAX-11 computer 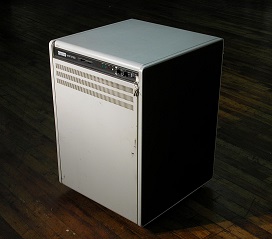 to control the motors and detectors. I recall having lots of fun writing programs that made something move; quite different from college assignments which calculated a formula over a DO LOOP.

From discussions with George and Dean, companies that built ellipsometers emphasized that the angles of rotation for the polarizing and analyzing lens were the most important parameters. Hence, in their equipment they touted the accuracy of these angles.   However, other angles contributed to the measurements’ accuracy. To comprehend the whole measurement system, Dean worked through the partial differential equations which described the science upon which ellipsometry measurements relied. Hence, he learned “that the accuracy of a determination of a film’s parameters …depends as much or more on the accuracy of the angle 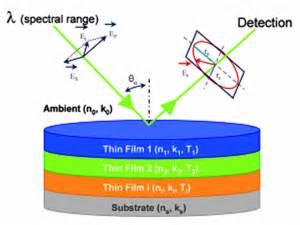 of incidence measurement as on the accuracy of the measurement of the ellipsometric angles…” Dean and George traveled to France to present their findings to ellipsometry experts (see 1982 paper cited under Additional Reading) As scientists new to a field, they demonstrated to me that you can make significant contributions.

Newbies can make contributions in many ways. While I didn’t make a scientific contribution to this field, I played a supporting role.  In the labs people supporting a scientific or engineering team play a key role in the team’s success. Without infrastructure support, scientists and engineers cannot get their work done. I left that summer job experience with the knowledge that people new to a field can make a contribution. I also left with the excitement of being on the ground floor of something new.

Dear Reader, please share your comments and stories that are sparked by this story. Perhaps as a newbie you made a new contribution or provided key support to a team that did. You, too, can write for The Engineers’ Daughter. So don’t be surprised if you are contacted to expand on your story for a future piece.

The Scientists that I supported, George A. Candela and Dean Chandler-Horowitz ,  published the following papers describing their initial work.

This paper described their analysis of accuracy

Ellipsometric Accuracy and the Principal Angle of Incidence

This paper describes the instrument that was built

An Ellipsometry System For High Accuracy Metrology Of Thin Films