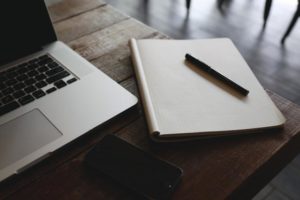 Editor’s note:  It takes risk to move to a new country where you don’t speak the language.  Yet, Hiroshi Morihara comes from a family that had a history of risk taking. Risk taking is essential for innovation. He eventually taught technical writing to engineering students as an adjunct professor.

My mother told me in high school, “Hiroshi, Japan is a small island country. Whole big world out there. So, if you have 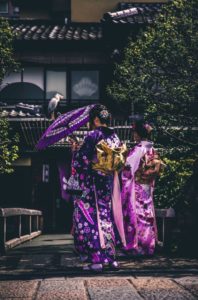 opportunity out there, go. Don’t worry about me.” In Japan, this was a highly unusual viewpoint for a parent. Yet my family culture cultivated unusual viewpoints. Before the end of WW2, my grandmother owned a security brokering business in Osaka. As a female, this was totally rare. She told us that she built a building and the second-floor hallway was made of thick glass. So, people below can see the hallway up above. At that time, many women wore kimonos without underwear, so they run the hallway fast trying not to expose their underside. So, my grandmother and my mother had a world view of things.

My mother wanted her kids to experience this bigger world. I had six sisters; I’m in the middle. Five of six sisters went to the United States and stayed. They’ve gone back to Japan to visit, but they live here. One in Hawaii, one in LA, one in NYC, one is here in Oregon, one died, and the sixth lives in Japan.

My sister, Yasuko, had an opportunity to attend Oberlin College. Her roommate lived in Michigan, and her father wrote me. He asked me if I wanted to come to study at University of Michigan. Initially, I studied at Henry Ford Community College in Dearborn to learn English. 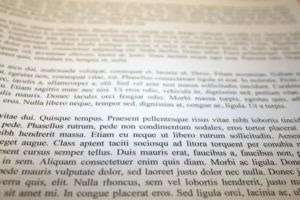 Well, I went with the intention to study political science. The first class I took, Econ 101; and I had to read forty pages every other day. It took me six hours to read one page because I was still learning English. So, I dropped all those political science classes and took ones I could understand without having to read too much—like Physics and Math. Those were a lot easier and I became an engineering student. I got good grades and earned an engineering scholarship. I had no problem transferring to the University of Michigan as a junior with a scholarship.

When I was first studying in the US, I was also simultaneously learning English. I decided I’d be in the theater group. The director chose me for a one and a half hour speaking role-Sakini in Teahouse of the August Moon. I stayed up till 2 or 3 in the morning memorizing lines. That was the beginning of my becoming proficient in speaking English.

For writing I learned a lot from my English professor, Ms. Hunter; she had a master’s degree in linguistics. She was a very precise kind of person. She required you to get right to the point– no monkeying around. I learned from her how to write English. No fluffy stuff, just tell the story straight.

Normally, engineers are lousy writers. I became an adjunct professor at SUNY Buffalo on how to write technical reports. For the project in Washougal, WA I’d collect the engineers’ reports then write the customer report. I would return it to the engineers for them to revise; and we would rewrite it until it’s finished. Then I would send it to the customer. So while everybody wrote something I became the main writer for the group. In my role as project manager I organized the content and clarified it for the customer.

When writing an engineering report, you have to understand your audience, just like any other communication process. With some readers you have to have it very technical. Others, you have to have a more global view. Technical writing is different depending on who you’re talking to. I learned that early. Knowing the reader is important.

Dear Reader, what memory or question does this piece spark in you?  Are you the main writer on your team or does someone else play that role?  How did you become that engineer who is good at writing? Please share your comments or stories below. You too can write for the Engineers’ Daughter- See Contribute for more Information.

Teahouse of the August Moon– 1953 play by John Patrick adapted from the 1951 Novel by Vernsneider. Excerpt from Wikipedia article follows:

In the aftermath of World War II, the island of Okinawa was occupied by the American military. Captain Fisby, a young army officer, is transferred to a tiny Okinawa island town called Tobiki by his commanding officer, Colonel Purdy. Fisby is tasked with the job of implementing “Plan B”. The plan calls for teaching the natives all things American and the first step for Capt. Fisby is to establish a democratically elected mayor, chief of agriculture, chief of police, and president of the Ladies League for Democratic Action. Plan “B” also calls for the building of a schoolhouse (Pentagon shaped), democracy lessons, and establishing capitalism through means left up to the good captain’s judgment. A local Tobiki native, Sakini by name, is assigned to act as Fisby’s interpreter. Sakini, a Puck-like character, attempts to acquaint Fisby with the local customs as well as guide the audiences through the play, providing both historical and cultural framework through his asides and monologues.