Last year my friend Rick and I were talking about a mutual friend, John. Rick mentioned that some people found John intimidating; I stated I did not. Rick stared me in the eyes and stated “Anne, no one intimidates you.” Rick has known me nearly 20 years, mostly via our mutual world of ski instruction. I chuckle now, because he is on target, as usual, with his assessment. This lack of fear of others comes from my upbringing, which I often discuss here. This is the story of another John who did not intimidate me.

John Waicukauski’s reputation preceded him before our first encounter during my career at IBM. I heard the story of how he made a female engineer cry; most likely he made some male engineers cry, too. His colleague, Fred P., mentioned that he was rough around the edges. He followed this observation with a story of how John kept his programs on key punch cards during the transition to the next form of input for computers. When the new system was down, crippling programmers’ ability to run their programs, John just brought his stack of cards and had his program run–most likely with a smirk on his face. Cantankerous, frank, rough–all adjectives meaning John liked to put up a fight.

As I began planning the empirical experiment for Weighted Random Pattern (WRP) evaluation (link to previous blog here,) I met with Rubin. He and I discussed the logistics to support the evaluation. As I started to ask technical questions regarding WRP, Rubin knew he could not answer them. He decided that I needed to meet with the other members of the team. While he arranged for the meeting, I prepared my questions. I assumed it would be just a couple of other engineers. 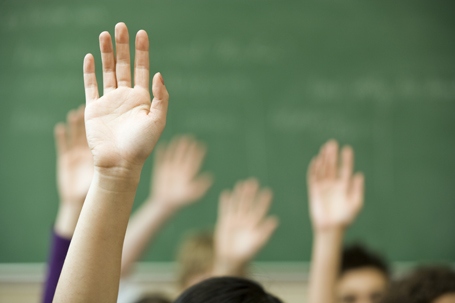 As I sat in a chair in Franco Motika’s office, I said Hi to Rubin, and the introductions began. I counted five engineers who had all worked on WRP. I felt outnumbered. John Waicukauski stood near Franco’s desk; looking all the more intimidating from my seated position. With a sigh, I began asking my questions. After one of them, John poked, “Why do you need to know about that?” Without hesitation I shot back, “I have every right to understand this if I’m going to be doing the evaluation.”

With that retort, I earned John’s respect. He never hassled me from that point on. For the rest of my short career with IBM, he smiled when he saw me and he would ask how I was doing. Cantankerous–yes, indeed, an apt adjective in describing John. Intimidating? Not to me.

As I learned the craft of engineering, I knew that I had to focus on the task at hand and not let someone’s personality get in the way of having a relevant discussion–not always an easy thing to do and some personalities can be more challenging than others. To proceed you must assume this—all folks sitting in the room are focused on solving the problem. People have differences in how they think about an engineering problem and in how they communicate their thoughts. Responding to another engineer with a different point of view and personality, needs to be done in a respectful manner. You provide feedback on the thoughts, ideas, proposals–not the personality. If you are challenged, like John challenged me, you have choices in your response. My response to John proved effective  Sometimes the response could be–not to respond or to yield to the challenger. Focus on the task at hand and remain persistent.

Dear Reader–What memory or question does this piece spark in you? Have you felt intimidated by a more senior engineer? How did you respond? Please share your comments or stories below. You, too, can write for the the Engineers’ Daughter-see Contribute for more information.

Eventually engineers moved the generation of patterns onto the chip, called Logic Built In Self Test (Logic BIST).

While you’ll most likely need to pay for to read it this paper will provide a good overview.  “A Method for generating Weighted random test patterns” published in the IBM Journal of Research and Development.