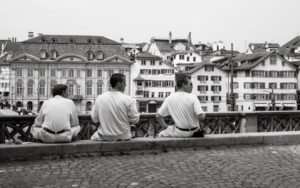 In my engineering career the number three comes up often. A good software engineer goes through loops at least 3 times to check their software.  You need to ask a manager three times to get the approval to do something new. One summer three interns came under my tutelage.

That year our group could hire three interns. As usual I claimed one with, “I would really like an intern.” And then I got two because we got two. And then I got three, because another engineer said “I really don’t have anything for them to do.” So then I go, “Oh nuts! What am I going to do with three people?” Interns should work on real projects, not busy work. So in the summer of 2010 Kevin, Jonathan and Taylor joined the group. We started looking at animation tools to use on the software development platform. I’m always on the lookout for the next benchmarks, and at the time animation on mainstream platforms appeared to have the right stuff to be a benchmark.

I need to digress and provide the context of the SSG-(Software Systems Group)- Software Development Platform groups work is part of the process of Intel releasing new computer platforms. They are called SDPs (software development platforms) – systems of pre-production Intel hardware and software for engineers to test out. Intel provides these tools to developers, both internal and external. So I was always on the lookout for the next benchmark, next hot app or tool, i.e. software that would stress the platform or would be one of the first things people try on it. We worked frequently with the performance teams, they owned setting the official benchmarks. Yet, before they would publish the official benchmarks, we had to get them on the platform and make sure the platform would work for these benchmarks. For our development platforms to work, we would run different OS’s and Software and see if we could get the computer system into a state that the performance folks can take it and start tweaking it, tuning the parameters and such.

Now back to Kevin, Jonathan and Taylor. What to do with three smart students?  I tell them- animation software could be the next killer app which means there will be software benchmarks. So we need to get them working on our software development platform. Let’s check out what’s this all about. I started them all off with the simplest software (Pivot)- stick figures only and had them animate a sequence. Then each intern looked a different animation software- Blender, Maya, and Rhino.

For all interns, I like to give them a little bit of self-reliance time, when I’m not watching them. I want to see them stumble and I want to see them come ask for help. I see this tipping point as essential in a good engineer. This one of the things I continue to struggle with– asking for help at the right time. So I bake this into my intern process, to let them fall, to let them push back. I don’t want to be hovering over them – and they are trying to learn do their own work and be independent.

By the way, in addition to this extra animation task they were also learning about and doing our regular jobs of testing the platforms.  So they were watching and then doing our team’s standard engineering tasks as well, getting real-world on the job training.

At the end of the summer, they each had a task to come up with a thirty second video. I gotta say, they came up with som 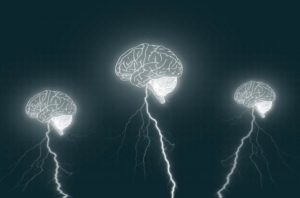 e pretty cool videos. They learned this together even though they used different software. They shared with each other, and the interns on other teams. With interns I always view it as an opportunity to explore something that I don’t have the time for though I think it has value. I have stayed in touch with them via LinkedIn. It’s been a pleasure to watch them grow, each have gone on to do some pretty cool stuff. I gave them each a real project and the environment for them to falter and get up again.  Because you know that’s what it takes to be an engineer.  You’re going to falter and stumble, you need to persist. You also need to rely upon others- to ask for help.

Dear Reader, please share your comments and stories that are sparked by this piece. Did you have an awesome intern experience as a young engineer?  Do you have a specific philosophy on training the next generation of engineers?  See Contribute for how you can share a story at The Engineers’ Daughter.

Blender is a free and open source 3D creation suite.

Maya is a product from AutoDesk

Rhino is a product from Rhino Media