Doc Fry first taught me Ohm’s Law; V=IxR. As a high school senior I joined my younger sister Margaret in Introduction to Electronics. For labs we played with vacuum tubes, voltage sources, resistors. I recall the countless times we had a mess of wires on our breadboard and nothing worked. We quickly learned the first lesson in electronics debug–“Did you check that power and ground were connected?” 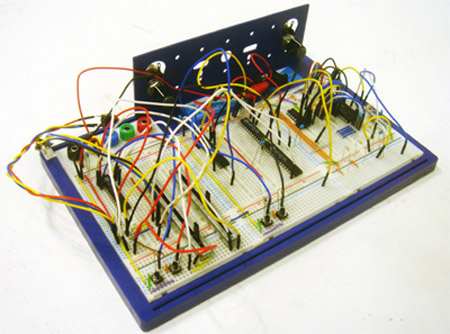 Studying electrical engineering at the University of Maryland I had several more classes in which Ohm’s Law appeared. In physics, I learned about the electro-magnetic laws behind that simple equation. I sat through two semesters of Circuits and Systems and the professors taught us Kirchoff’s laws for analysis as well as DC and AC characteristics of circuits. I learned about voltage dividers to ratchet down a voltage source and how combinations of resistors with op-amps had useful properties. In our lab class we played with oscilloscopes to measure rectifying circuits and low pass filters. I received A’s in all of these classes.

In March 1985 I began my first full-time job with IBM, working at the East Fishkill campus. I accepted this position because of the opportunity to work in an electronics lab. While I’ll never claim to be a lab whiz, these experiences increased my confidence as an engineer. I will tell you an embarrassing story in which I learned some deeper lessons when 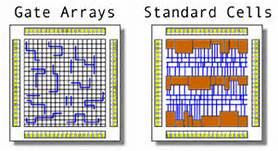 applying Ohm’s Law. Rookies make mistakes, below is one of mine.

I worked in a group called Product Assurance, whose focus was checking the design quality of the circuit building blocks used in ASIC products (Application Specific Integrated Circuits–Gate Array style.) In our lab we measured the actual circuits against the provided design specifications. Scott, a lab technician, and I worked first on a circuit that had a voltage source of 5 volts and mirco-amps (10-6) current drawn. 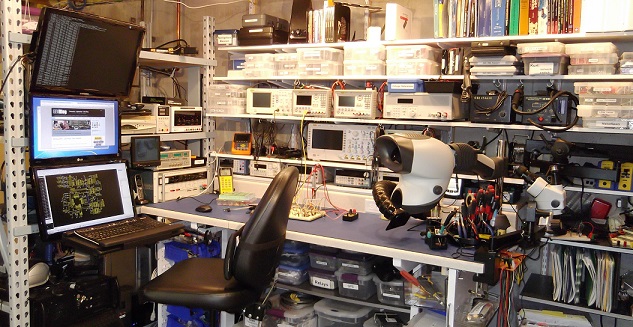 I wrote down the measurements we needed to take, Scott set it up in the lab, Scott took the measurements, I analyzed the data, and I reviewed with the designer. Everything matched the designer specifications. First project successfully accomplished: Check.

Next circuit used the same measurement set-up. This time the measurements were significantly off, by 10’s of millivolts. I went to the designer and pointed out the mismatch; bold

enough to claim that our measurements were right and his simulations were wrong. My lack of hubris eventually brought me down, because our measurements were incorrect. A 1 ohm resistance in the measurement set-up caused the mismatch. Now this same 1 ohm resistance existed when we measured the first circuit. The difference in the circuit design mattered: 2.5 volts for a voltage source and milliamps (10-3) current draw. Let’s apply Ohms Law and assume 10 microamps and 10 milliamps.

With this humbling experience I learned about attention to detail when applying a law as basic as Ohm’s Law. This rookie mistake impacted my pride and the respect from the design engineer.
In high school when debugging our circuits on the bread-board I learned to ask “Are power and ground connected?” With my IBM job I learned you needed to check your full measurement set-up. In addition, one does not place blame when resolving an issue. I should have simply stated “Our results do not agree” and asked “Can we determine why together?” I most likely would have had more success working with the designer. So another rookie lesson relates to dealing with your peers: state the facts and make no judgments on who to blame. Solve the problem!

Dear Reader, please share your comments and stories that are sparked by this piece. For instance: share a rookie mistake that you made early in your career. See Contribute for how you can share a story at The Engineers’ Daughter.